On the Banks of the Thames

Home / On the Banks of the Thames 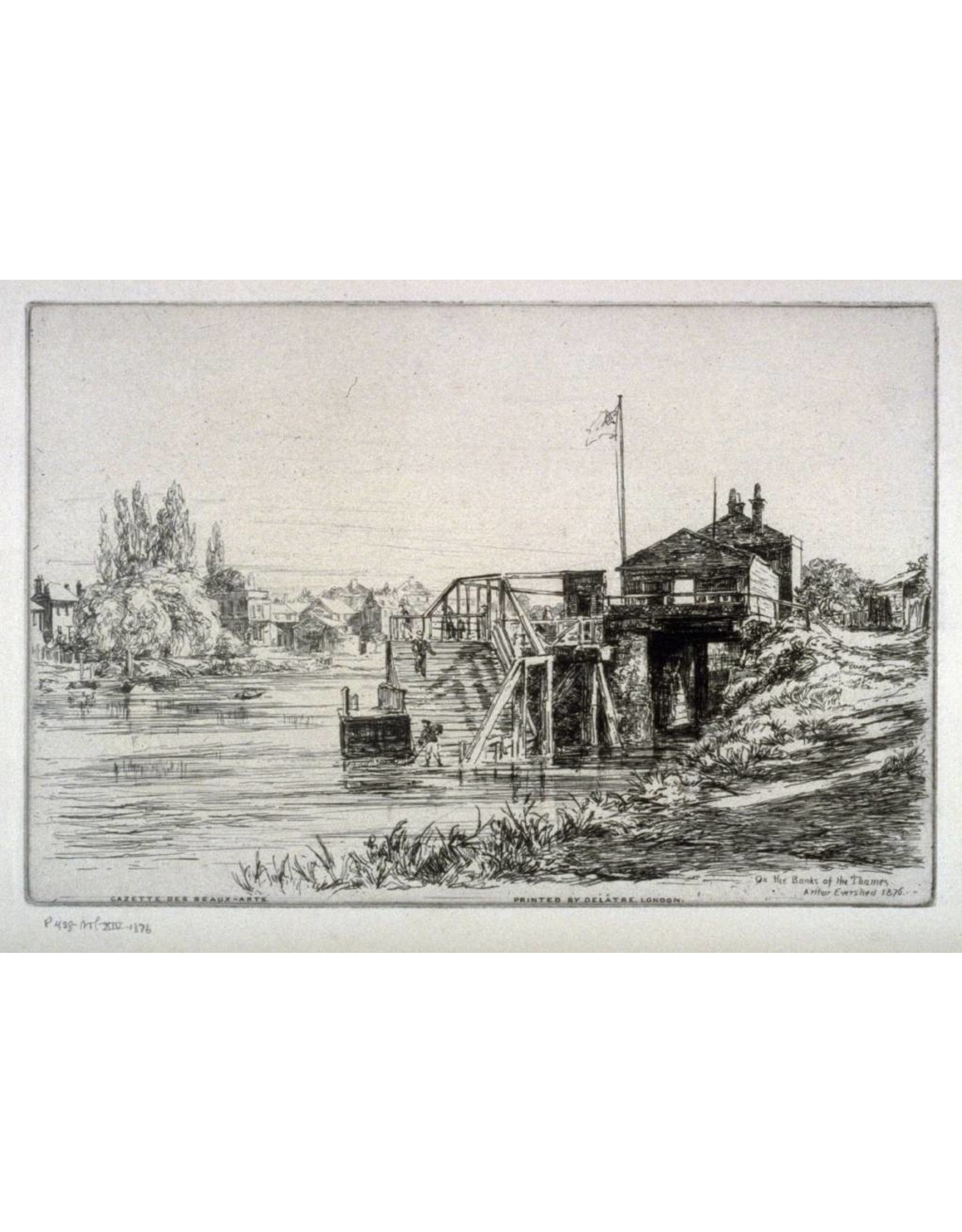 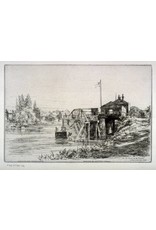 Born at Billinghurst in Sussex, where his father was a doctor. Evershed himself was to pursue parallel medical and artistic careers. The young Arthur was sent at the age of 16 to study with the landscape painter Alfred Clirt. However at the age of 22, at his father's urging, Evershed abandoned art to study medicine. On graduation he set up practice in Ampthill, Bedfordshire. Nevertheless, Arthur Evershed continued to take his art seriously, exhibiting at the Royal Academy from 1855 (at the age of 19) to 1892

He was made an Associate RE in 1891, and a Fellow in 1898. Despite this late recognition by his peers, the high point of Arthur Evershed's art career was undoubtedly the publication of a highly-favourable essay on "Les eaux-fortes de M. Evershed" in the influential Parisian revue the Gazette des Beaux-Arts in 1876. Written by Alfred de Lostalot, this article put Evershed forward as one of the key English etchers, alongside such names as Seymour Haden and Edwin Edwards. The Gazette also commissioned two original etchings by Evershed, bringing his art vividly to the attention of the French art world. Alfred de Lostalot remarked particularly on the fact that Evershed's etchings - almost all scenes along the Thames - were drawn directly on the copper plates, in front of the motif. This is what gives Evershed's work of this date its Impressionistic freshness - but the Gazette des Beaux-Arts was not the forum to make the crucial connection between Arthur Evershed and the Impressionists. Arthur Evershed made his first etchings in 1872, by which time he was living and working in Hampstead.